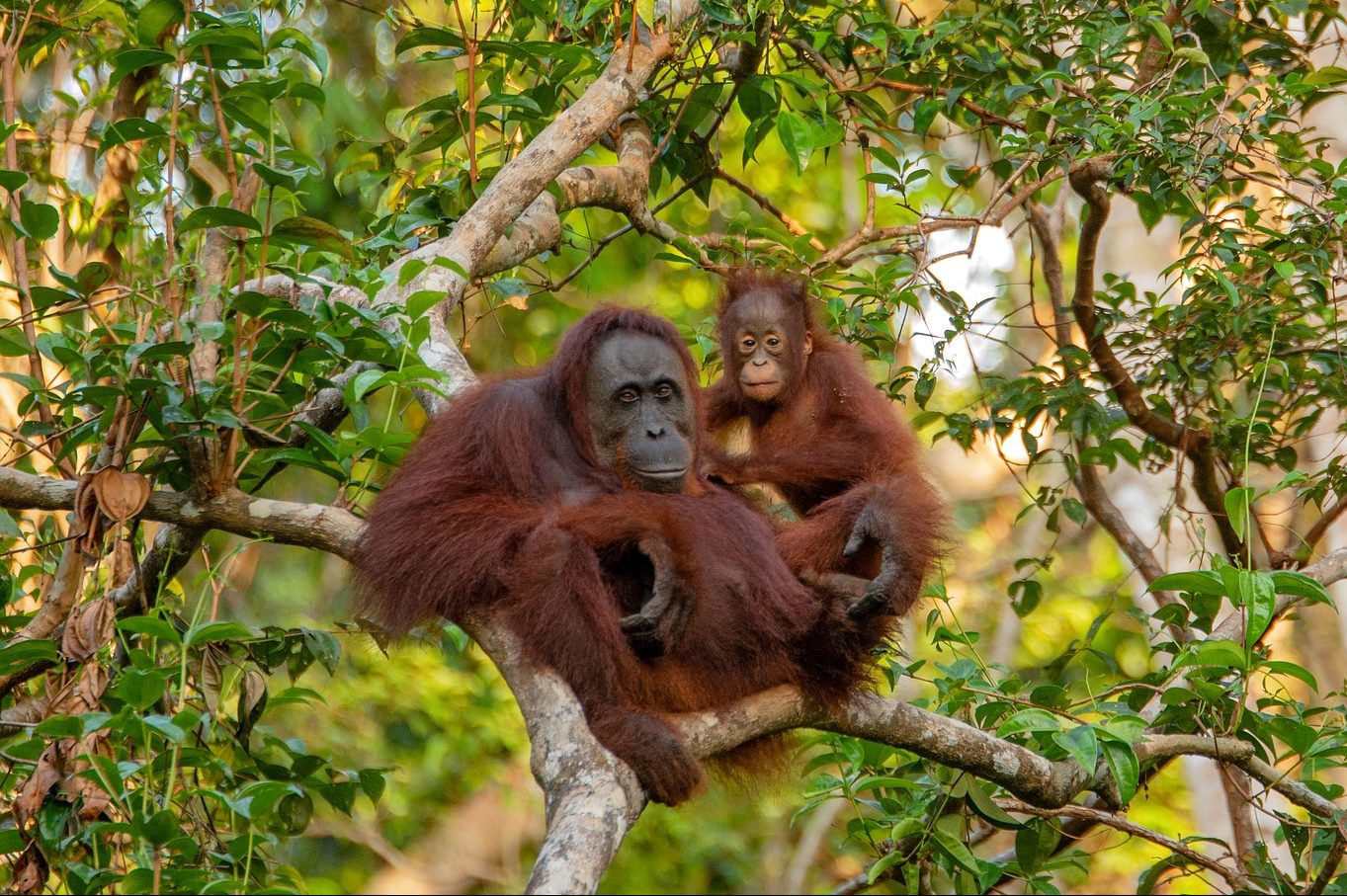 No utopia but a wonderful vision

“Orang Hutan” aka orangutan is Indonesian and describes the most known great apes from the jungle of Borneo. Translated, “orang” is human and “utan” means forest. Like most great apes, they live on trees. If you look at it genetically, chimpanzees and gorillas are the closest, remaining species to us humans.

All hominids, which assigns us humans to the same group, were perfectly adapted to living in trees. Our hands as gripping organs with the typical thumb over the rest of the moving limb of one hand clearly shows that. This enables moving between branches in the tops of the trees.

One wonders why today the human habitat is so diametrically opposed to the trees, where both originally must have functioned together in a symbiosis. Sure we can look back on a evolution of about 7 million years. The original constraints of a hominoid life have changed completely for us today.

Nevertheless we feel that forest fulfills an important function in the pursuit of quality of life. We have realized that forests are even essentially vital to us. Nonetheless the area of conflict between expansion striving within old industrial standards and the awareness for protection of environment and climate is increasing. We are apparently unstoppably destroying our livelihoods. This becomes extremely clear in the parts of the world that have so far been spared, which now also suffer heavily from environmental destruction, such as India, Africa, China, South America…..

Solutions present themselves, if only we could separate from old ways of thinking. Bambutec already has come up with many suggestions based on a unique technology, how people could do much better, with much fewer resources. Without sacrificing the ability to still create perfect settlements for people. An overall huge range of efficient technologies would enable us to lead a nearly perfectly adapted life in harmony with nature, today.

One would just have to want and do it!

Minding this way of living would greatly differ from the ways that have become usual to us in the West today. It may surprise that still a huge number of people lives the neolithic way, unfortunately they want to become like us.

If you consider the genetic background of mankind, this romantic dream would’t surprise most children. Treehouses seem to attract children magically. Might there be a connection?

There are impressive projects in great variety. Bambutec technology now extends the scope of application so that any structures, such as houses, can be planned, calculated and implemented in symbiosis with living trees.

In symbiosis with living trees.

The existing Bambutec system would especially have to be extended towards the actual connection to living trees, to seamlessly apply the whole existing technology around living trees. As a consequence, Bambutec may move residential living into the crowns of trees, leaving the nature on ground undisturbed. People would find themselves at their original evolutionary way of life, but at the highest technological and comfort level.

Individual units can effortlessly network in 3-dimensional space. By a broad and multi-redundant basis of such network expansions it can be achieved, which would be impossible under conventional means of architecture. Building in three dimensions offer great freedom at height. As an interesting side effect, the shortage of real estate would dissolve.

The cost of rent and real estate would drastically decrease to the level of actual construction costs.

As a consequence of using Bambutec technology, someone planning to construct would rather plant new trees for a house than of felling existing trees to build. One would reforest areas to cultivate them for construction later. An orangutan never touches the ground as long as branches of trees form a network. That would be very similar in a Bambutec settlement. The ground then offers a lot of space for different animals to develop new habitants.

The world turned upside down.

The Baum-butec technology therefore is based on components, that are seamlessly integrated into its system, additionally defining the connection to living trees. Trees are in no way impaired in their vitality, even rather strastically improved by networking with neighboring trees than being handicapped.

The junctions to supporting structures will not be influenced by the tree’s growth.

The attachment points allow the tree to grow normally without exerting tension on the supporting structure of houses.

The soil region, the root area should generally remain untouched. Thus the tree can complete its normal life cycle throughout many decades, even centuries. During this time such a tree absorbs large amounts of CO2 and provides habitat for humans but also for birds, insects and many other individuals. There is no soil sealing, floods and earthquakes can no longer scare us. As the soil allows water to seep through, automatically groundwater will form in a lot higher amounts.

Anything earthly eventually comes to an end.

Anything earthly would eventually come to an end, should a tree die, the multiple redundancy of the network comes to bear. Since there is a lot of space on the ground left unsealed, young trees will automatically grow up. As soon as a young tree reaches the required level of load bearing capacity, a new base can be implemented. Over time, so many new support points are formed, others die. The wood of old trees can be reused for new structures. Also all amenities as found in a conventional house would be taken care of.

A dream comes true: A life in the tree house, having a great view, surrounded by pure nature.

You can find out more about which cookies we are using or switch them off in settings.

This website uses cookies so that we can provide you with the best user experience possible. Cookie information is stored in your browser and performs functions such as recognising you when you return to our website and helping our team to understand which sections of the website you find most interesting and useful.

Strictly Necessary Cookie should be enabled at all times so that we can save your preferences for cookie settings.

If you disable this cookie, we will not be able to save your preferences. This means that every time you visit this website you will need to enable or disable cookies again.